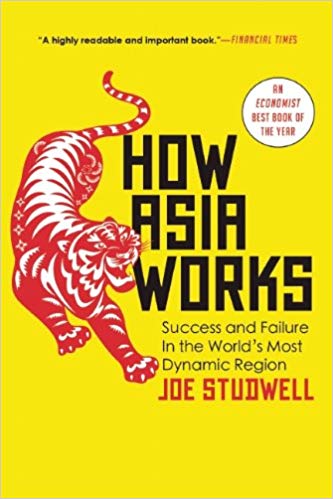 I’ve just finished “How Asia Works – Success and allure in the world’s most dynamic region” (Amazon) by Joe Studwell, a book I found in the yearly recommendation from The Economist. Overall, it is a compelling comparative economic history of countries in North-East Asia (China, Japan, South Korea, Taiwan) and South-East Asia (Malaysia, Indonesia, Philippines, Thailand), with a few additional comments on Singapore and Hong-Kong.

The main thesis of the author is the following one. North-East Asian countries all followed a similar “one, two, three” pattern of development which can be summarised in developing agriculture through land reform, promoting manufacturing and exports, and keeping finance aligned with national interest through carrots and sticks. Far from your usual pro-deregulation soup, it really shows how states and governments can play a major role into turning a developing country into industrial powerhouses.

How Asia Works key #1: a land reform to redistribute opportunities and give jobs

First, a land reform maximises output from agriculture, while giving more jobs for the majority of people in these then poor countries. Increase in yields and a more even redistribution of wealth create surpluses for the whole country.

In emerging markets where agriculture employs up to 75% of the workforce, it is key to break the concentration of ownership and divide the land on an equal basis, making all new smaller landowners incentivized to increase yields. In Taiwan, says the author, “the transfer of wealth involved in the land reform was equivalent to 13% of the GDP passing from one group of people to another”. The land reform, a bold move from politicians who need to cut their links with landlords, usually a source of their support and income, must go with help on the infrastructure and marketing side as well.

Land reform is also key to long-term political stability, as rural poverty is a primary of instability, separatism and terrorism. An even redistribution of land creates equal opportunities and increases the level of social mobility. Overall, a good land reform will make the state richer (more export of crops = more money to buy the early technologies for manufacturing) and increase the spending power of individuals. Land is probably the economic asset on which the government has the more – if not all – control. So it’s up to a government, and only to a government, to decide to run this reform.

Joe Studwell concludes this first chapter of How Asia Works with a severe comment: “In short, land policy tells you how much the leaders know and care about their populations”.

How Asia Works key #2: promoting the export discipline within the manufacturing industry

Two, a national economic policy direct public investment and entrepreneurs towards manufacturing. This provides an exit for the best agricultural workers of the first stage.

Let’s define how it works with the author: “In manufacturing, a small number of entrepreneurs can, with machines, have an outsized impact on economic development by focusing on mechanised production”. The productivity gains of manufacturing make this scaling up possible, and the export of the production is the best way to get foreign currencies, which, in turn, help countries to acquire talent and new technologies. And the best: it doesn’t cost a lot as labour in a developing country (the farmers we talked about just above) is still cheap. 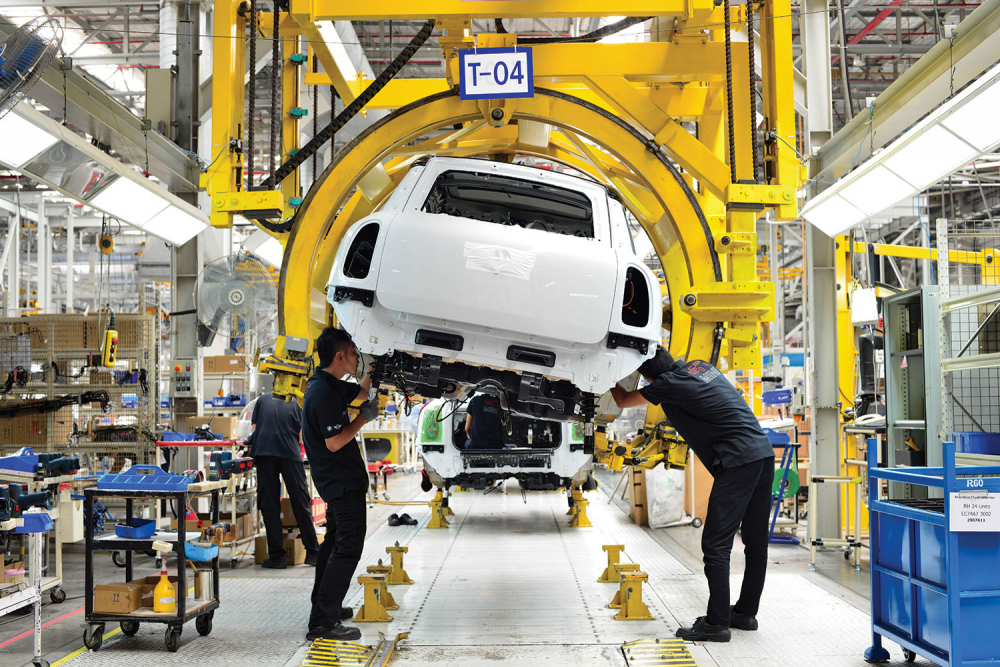 But manufacturing alone isn’t a guarantee of success, says Joe Studwell in How Asia Works. A country must be able to determine and enforce a strong “export discipline”, a key concept of this book. The argument is the following: if a country gives subsidies and help for the manufacturing industry without conditioning it to exports, the result is “rent seeking entrepreneurs”, who “will concentrate their efforts in obtaining subsidies […] without delivering the technological progress”. It means that governments must proceed to a selection of companies to incentivize them to export. For instance, in South Korea, most of the top 10 conglomerates (called chaebol) of the 1960s disappeared to give place to a new generation in the 1970s, and again a new one in the 1980s.

Bureaucratic support is another feature governments must have through administrations able to detect and buy foreign tech and talent. During all this period of development of a manufacturing, export-focused development, the economy must be seen as “an infant” and protected at all prices. Early deregulation and openness will only expose them to too strong competition or appetite from foreign countries. As a result, for instance, exports accounted for 9% of Taiwan’s GDP in 1952, and 50% in 1979. But as you can see, it takes time. South Korea recorded its first trade surplus in 1977 only, and got a consistent one only starting in the late 1980s.

Protecting “infant industries” and nurturing them with subsidies & grants, forcing them to export and culling the bad apples is an intense work which takes decades.

Three, finance is kept “on a short leash”, at least at the beginning, to counter the short-term propension of any investor, and align them with long-term, government-defined goals. “In other words, financial policy frequently accepted low near-term returns on industrial investments to build industries capable of producing higher returns in the future”.

Of course, to do so, the government must be able to direct and control finance, either via the central banks, or by limitation of ownership. In postwar Japan, for instance, owners could not have more than 1% of a given bank, fragmenting the decision making, and making it easier for the MITI to direct investments. 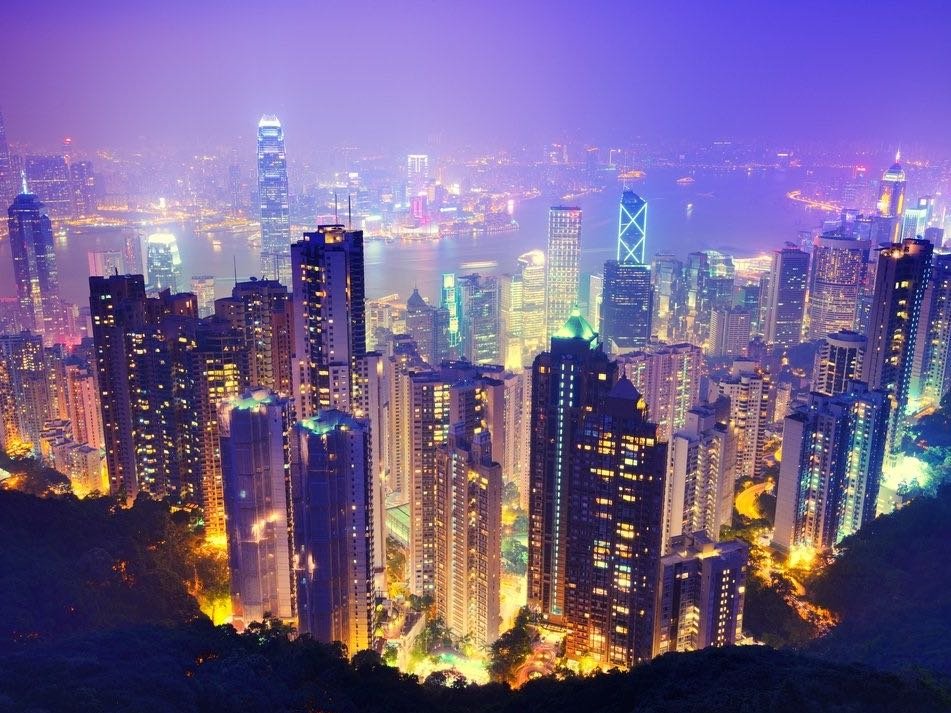 Central Banks, on their side, is often using rediscounting policies. It helps banks to (almost) get paid to lend money to specific, government-decided industries, such as steel manufacturing, shipbuilding, or high-tech electronics. Again, these rediscounted loans were both targeted to specific industries and conditioned on exports, so that no entrepreneur could get an easy rent out of them. In South Korea, in 1983, says Joe Studwell, “the three biggest groups, Hyundai, Samsung, and Daewoo, were each consuming 10% of credit [available in the country]”.

Comparatively, South-East Asian countries did rediscount loans to unproductive industries (such as real estate), creating bubbles, bad debt, and no output or export to make cash come back. Money and “free money” must be directed to productive investment. In an incredible paragraph of How Asia Works, the author shows that the stock exchange of Kuala Lumpur some days exceeded the New York Stock Exchange, as a lot of money from the government wound up there (for short term gains) as it was not directed to long-term, industrial investments.

From economics to political power: how Asian countries fare in 2014?

As a former student of the Ecole de Guerre Economique in Paris, where we learn to read the world through the eyes of the economic interest (and warfare) of nations, this book is a perfect case study of why deregulated capitalism can not work to develop a strong economy. Joe Studwell stresses that deregulation is indeed the ultimate weapon of winning economies.

If you have pulled out your population from poverty through agriculture, created a strong manufacturing economy in a few decades, and kept finance aligned with your national interest, then, and only then, does it make sense to push for deregulation, especially deregulation of other countries where your companies would then have more probability to dominate the local market.

The books also shows a sad and wide gap between an industrious and talented North-East Asia and a disorganised, corrupt and unmanageable South-East Asia.

This is truly terrible because anyone can see the results today, in 2014, of this growing gap between the two parts of East Asia: the North is eating the South, economically, politically.

At a political level, How Asia Works is a clear advocate of a strong, directed economic policy for emerging markets, at least to optimise the agriculture, turn part of the workforce into manufacturers and then develop an efficient financial system to make it work for the long-run. Countries in this region – and a few comparisons with Africa and Latin America make it clear – can’t hope to develop any strength or economic independence by following the western model, especially now that in Europe and in the US, the trend toward even more deregulation is so strong. Emerging markets need, just like the West need a few decades ago, to protect the industries they want to develop. And to hold the direction for decades.

In a nutshell, How Asia Works is a detailed history of how countries in an extremely populous and dynamic place of the world are competing for economic power. The details, depth in historical research, and even road-trips Joe Studwell takes to have a local view of the topic, makes it a brilliant story. It really helps to give a broader view of a big chunk of the world and how the last few decades can explain what is happening now.

1 thought on “Book review: How Asia Works. Success and Failure in the world’s most dynamic region, by Joe Studwell”